“Nathalie Renault’s “La chance”: the beautiful adventure of jazz”… Rare are the French-speaking jazz singers. Nathalie Renault has developed a style of her own that puts her on the same level as the Canadian singers Florence K, Molly Johnson and Sophie Milman, but who wisely stick to the repertoire and rarely venture into composition. Nathalie, the “song maker” is an adventurer!” (David Lonergan Moncton, Tintamarre).

“… Singer-songwriter Nathalie Renault will not go unnoticed at the upcoming East Coast Music Association’s Annual Gala in Sydney, Nova Scotia as the artist is nominated for Francophone Album of the Year. The artist is also very pleased with her nomination for the upcoming Éloizes Award for Artist of the Year in Music.” (Press release).

“… Nathalie is on the Top 10 jazz albums of the year of Radio Jazz Plus listeners, after analysis of more than 3450 emails. Radio Jazz Plus is a webradio that broadcasts jazz from all over the world without borders. Most of the listeners are in France and Quebec.” (www.radiojazzplus.com).

“… Nathalie Renault is back in force with a new opus entitled “La chance” which testifies to her vast musical landscape. She seems to be at the top of her game on this album which is certainly one of the best albums released in recent years in Acadia.”. (Sylvie Mousseau, l’Acadie Nouvelle).

“… Acadian pianist and singer Nathalie Renault is launching a brand new album that she has been working on for over a year. She is extremely well surrounded for this production, which combines original texts with intimate music elaborated with great care. The subtleties of her voice are set in expressive arrangements highlighting the complicity between the singer and her instrument.” (Gabriel Bélanger, Magazine SOCAN).

“… A third album placed under the sign and the title of “Lachance”. A voice that shines, that has fun with words and sounds, that lets itself go to joyful scats relayed by a piano always as lively and precise. And a well-balanced orchestra that supports the melodic line with diversified arrangements signed by Papasoff and Nathalie. (David Lonergan, l’Acadie Nouvelle).

“Rhythm in the soul…” These are among the three albums to her credit that testify to her talent in spades! Her new album “La chance” contains eleven new songs including a remarkable interpretation of the famous “Les vieux amants” by Jacques Brel.” (Valérie R. Carbonneau, Journal de Rosemont-La Petite-Patrie).

“Nathalie Renault’s tonic jazz”… Acadian by birth, and a globetrotter at heart, Nathalie Renault and her pop jazz have been seducing the Germans for a few years now… Who said that no one is a prophet in his country!” (Véronique Lemonde, St-Hacyinthe, Qc,).

“Nathalie Renault in show : Simply brilliant! “… Last Sunday, Nathalie delivered her songs with uncommon agility, confidence and sensuality. Her voice is like a whisper. With her childlike, free and proud manner, her stage presence is incredible. Nathalie has also shown great generosity on stage and the love she has for her craft shines through from her eyes, her voice, right down to her fingertips that seem to fly off on her keyboard. Nathalie has her own way of personalizing songs and it was simply a great show! (Estelle Lanteigne, Le Front, Université de Moncton, N.-B.).

“Un cabaret vers les étoiles”, a tribute to Brel “… and the surprise came from a moving Chanson des Vieux Amants, played alone at the piano by Nathalie Renault, who came from Montreal for this immense interpretation, much better than the original, as a colleague of mine confided to me, and which I approve with all my applause.” (Richard KÜHN Une autre chanson, Bruxelles, Belgique)

“… A supple voice, an exceptional vocal performance and a conclusive interpretation seduced the numerous spectators gathered at the Salle des Augustins in Montluel, as part of the Printemps Musical de Pérouges. Her piano and her words deliver a great part of herself with sincerity and with the blues that could not be bluer, she brings for sure, “a little something to someone”. To be listened to to make you feel good…” (M.L., Journal Plaine de L’Ain, Lyon, France).

“… Nathalie Renault would have all the place she deserves in Quebec specializing in jazz… she is one of the few to have such a repertoire here, and the doors are wide open to her. A singer with guts.” (Serge Drouin, Journal de Québec).

“… Music and song are at the center of Nathalie Renault’s life; her sensitivity, one could say, takes the form of music. It is her deepest fiber; she gives herself totally, unconditionally through her art. We have too few artists of this calibre to relegate them to the shadows.” (Jules Boudreau, Caraquet, N.-B.).

“… Nathalie Renault suggests a style that is quite rare in Quebec, pop-jazz songs sung by women, which she does wonderfully well accompanying herself on piano.” (Gilles Gagné, Le Soleil).

“… What remains after listening to the record is the atmosphere created by the fusion of words, the intonations of the voice, the colors of the instruments, this vocal game in which words and scat intermingle. The whole becomes a hymn to life without ever trying to hide the hardships. Nathalie Renault, this song maker, is a girl of songs and, as she admits herself in singing, there is nothing that makes her more beautiful to herself and to us.” (David Lonergan, L’Acadie Nouvelle).

“… An oasis of freshness in the universe of the francophone record. Certainly, one of the best records I received since the beginning of the year, and even for a long time. One listens to this record of Nathalie Renault as one savors a candy.” ( Marc Lalonde, chronique de disques pour cententrart.qc.ca).

“… Acadian pianist and songwriter Nathalie Renault belongs to a rarer species than one might think: those who know that the song, the one that lasts, is a combination of freedom and discipline, where one creates the surprise from defined elements: harmony, melody and poetry. To which we must add, in this case, a good dose of swing. By choosing the trio formula, Renault risks being confined to the jazz section. This would be a pity, since his songs draw from a host of sources: the fluid scat of La fille des chansons has nothing to envy to Ella Fitsgerald (which is no small thing). Par en-dedans is served by a funky drive and La faiseuse de chansons takes us back to the early days of Diane Tell, whose freedom of phrasing Renault shares.” (Dominique Denis, L’Express de Toronto).

“Incomparable – the magic of Nathalie”

“… Nathalie Renault, this graceful person, who is a pianist, singer and composer, is so full of eruptive, inner energy that her songs and the stories she tells seem incomparably authentic. In short, this woman shows us her soul. She likes to slow down her tempi to draw sentimental sounds from the piano keys, almost at the same time she is able to give us chords of incredible power. Beautiful also the way she plays with her voluminous voice. Music is her life, she says, and she sings it too.” (Daniela Barth, TAZ, Bremen Allemagne).

Nathalie Renault gave a performance in the crowded “Lila Eule”. When it comes to musical discoveries, the vital Canadian market often surprises us with rock, folk, and singer-songwriter voices. The French-Canadian Nathalie Renault, who lives in Montreal, is more inclined towards jazz, but with an interpetation of the genre that easily crosses the borders to other musical directions. Those who were able to see her experienced a beautiful moment of musical seduction. Nathalie is able to express herself tenderly but also energetically and full of momentum. A very clear and stable voice that she uses with a lot of power but without losing a certain lightness and a delicate dynamism.

In addition, the singer also proves her qualities as a pianist. She can accentuate with Ostinati as a basis for vocal improvisations and then follow up with harmonious passages where voice and piano seem to be almost in unison!“ (Andre Hesel, WESER KURIER, Bas-Sachs Allemagne (ECMA jazz contender stellar).

“Campbellton, New-Brunswick singer/pianist/songwriter Nathalie Renault sings eveything with the authority of marrow-deep knowledge. Her voice is soft, musically sweet, and exquisitely in tune and her diction is superbly clear. Her lyrics are bright, ironic and full of surprising turns of phrase which delight. The music written by Renault is catchy, bouncy and naturally fluent. The ensemble sound with its thoroughly mastered pop/jazz modes shows both musical and verbal literacy of a high order, in a CD filled with appealing, accessible, swinging jazz to which Renault adds a scat chorus here and there that do not fail to enchant.” (Stephen Pedersen, The Sunday Herald, Halifax N.S.).

“… When and how was Nathalie Renault’s style defined? In the end, it doesn’t matter. No matter what you call her music, Nathalie is stronger than any classification. She plays the voice, sings the piano, mixes the two together in an expressive counterpoint. Whether she is stroking the text or performing a scat, her fluid fingers run over the keyboard, bringing out sensuality, gaiety and audacity from the taut strings, and the piano becomes as much a carrier of emotion as the voice. The record is superb, but it is in front of an audience that one can really appreciate Nathalie’s talent. On stage, she is a resplendent beauty!” (Jules Boudreau, Caraquet, N.-B.) 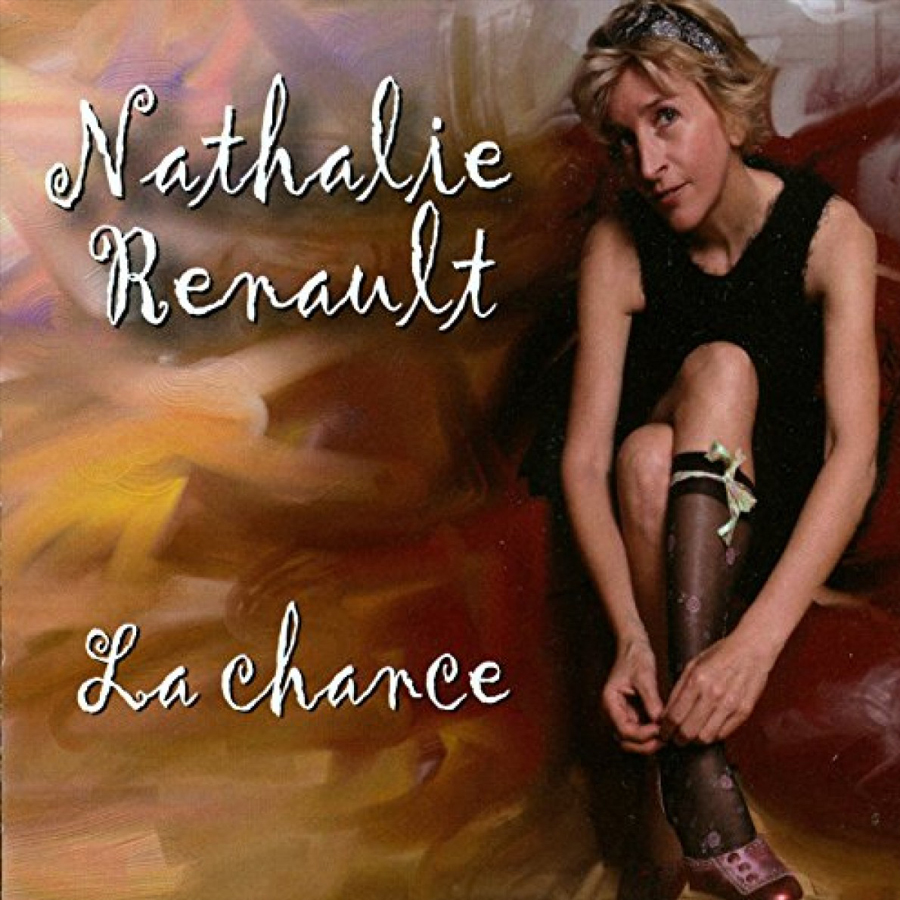 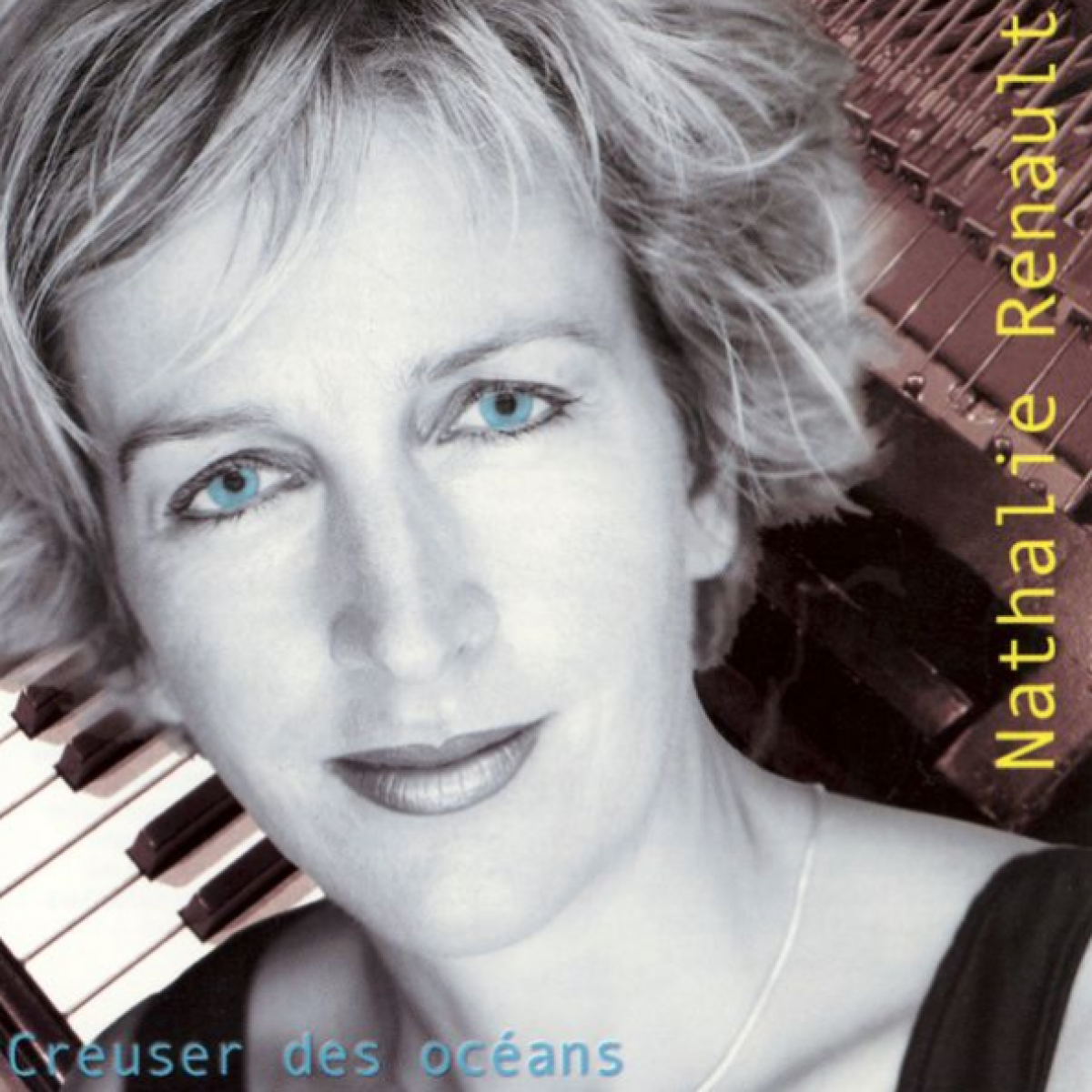